Let’s try something a little different, shall we??

I wrote my first sex scene by accident. It was in college, sophomore year. My characters… they just wanted to do a little more than just kiss that night. So, I went with the flow, let them do their thing and what resulted was something hot! And it was love at first type.

In high school, when I wasn’t acting a fool with friends, I spent a lot of my time writing short stories in a black and white composition notebook. I didn’t consider them to be short stories. They didn’t follow the typical format of a short story but they weren’t diaries either. To me, I was writing what I saw in my mind. 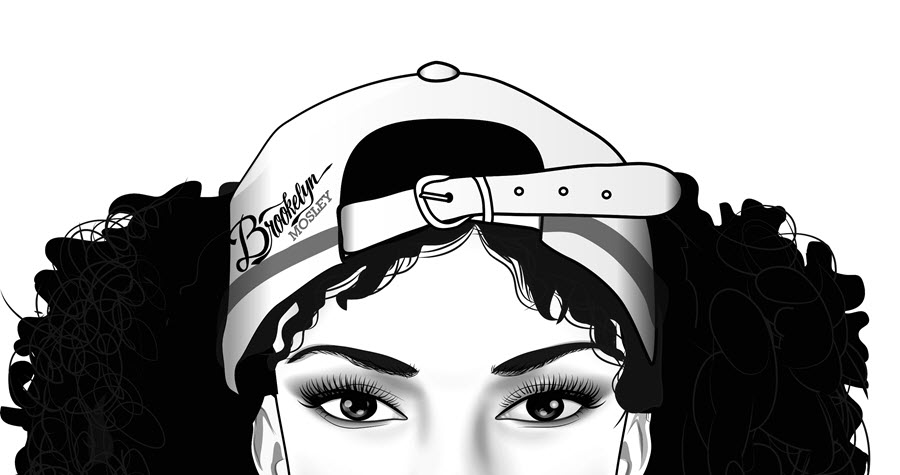 The stories were always cutesy little boy meets girl type tales but the urban version with comedic vibes. I liked the quirky flawed girl storylines, a lot.  The highlight for me were the kissing scenes with the guys who she would consider way out of her league. I used to write the hell out of a kissing scene! Around that time, I read a few books by romance authors but my genre of choice was suspense, thrillers.

About two years ago, I participated in a short story contest. Submitting my story created a domino effect for me, resulting in me challenging myself every month since then to write a short story off the top of my head. It’s a challenge because I’m all about planning out my stories and creating outlines before typing a single word.

For the contest, writers were asked to write a short story, under 900 words, using a prompt and the story had to be written fresh with little errors… in one day. I was so stressed that day and almost didn’t submit what I’d written. I’ve participated in this contest at least three times, always feeling like I should just give up midway.

But I did, submit, and that time I won, placing first under another pen name… and I’m posting that story here today.

They loved it… but can I keep your attention when there’s 0% intimacy involved? Let me know!

Their black suburban sped through traffic, weaving between cars as they drove toward the bridge. Going over the speed limit, the wheels of the car screeched against the road every time Payne braked.

In the passenger seat, Joy’s right leg hadn’t stopped bouncing after learning the last package they were after was ten miles away.

It was the evening before Halloween and night had fallen at the tender hour of 6 p.m.

Payne glanced over at his wife with knitted brows and asked, “are you okay?”

“I’m fine,” she lied, her eyes peering through the window at the dark water racing under the bridge they crossed. The moving body resembled a bed of snakes and contrasted sharply with the yellow and orange leaves riding atop the ripples.

“But it’s getting late. And your mother…”

“She doesn’t mind,” he interjected. “You just focus on us getting this done. We don’t want a repeat of last year.”

“I already promised you I wouldn’t mess up this time.”

The woman’s voice on Joy’s phone instructed them to exit the bridge and continue going left until they reached the highway alongside a riverbank. As their suburban rolled on the road, Joy’s eyes bulged, her pulse raced, and she tried to steady her hands on her lap. It was darker now. So dark, balding maple trees cast shadows along the riverbank to their right. On their left, the remains of what looked to be a cornfield shivered like a pack of zombies in the cold wind.

Joy looked down at the directions then back at the road ahead of them.

“Are you sure we’re going the right way?” Payne queried.

Joy glanced at the directions again and nodded.

Moments later, Payne released a sigh of relief when he saw lights glowing from their destination.

Joy and Payne parked in the lot closest to the building’s entrance. As Joy tried to release her seatbelt, Payne grabbed her wrist.

“Are you sure you want to go in there? I can go alone.”

“Wow, Payne. You really don’t trust me with this, huh?” She shook her head, pulled her wrist free from his gentle grip then exited the car.

As they walked toward the building’s entrance, Joy noticed an old man standing on cobblestones beside a wooden cart. His shoulders were hunched, his clothes tapered and two shades darker than their normal color, and he shivered under the brisk fall air. When the old man realized he had her attention, he motioned for her to come.

“I’ve got what you want,” he yelled with confidence.

Payne looked over at Joy and shook his head.

“But it’s probably in there.”

The old man threw back the burlap cover on his wooden cart. Joy got curious and moved in his direction.

“Joy!” Payne whispered through clenched teeth. He glared at her and this made her turn to the old man and smile politely, declining his offer with the shake of her head.

A strong gust from the sliding doors opening brought the sound of automated maniacal laughter. People were moving quick along the glossy floors. Foreheads wrinkled and adults grasped little hands tight, pulling them along. It resembled a lawless town.

With her eyes still on the chaos, Joy leaned in and asked, “should we split up?”

“Can you handle this alone, Joy?”

But when she spotted a child throwing themselves on the floor, tears streaming down their face, with total signs of defeat in their eyes, this was all Joy needed to run in the first direction she saw.

Payne shouted for her. She was deaf to his voice. Joy ran between tall steel boxes. The flat length of iron serving as dividers were barren with just pieces of paper to prove something was once there.

Joy faced frozen faces with bared teeth, eyes that would never blink, and shed hairs scattered on the floor like dead leaves.

She turned the corner and saw the package… and another woman standing feet away from it.

Joy gasped and became motionless. This was what made her fail the last time, hesitation. Exactly why Payne was cautious about bringing her along tonight.

Joy surveyed the woman’s size. She was taller, her hair already pulled back for battle. The woman narrowed her eyes and Joy swallowed hard.

Suddenly, a familiar cry distracted the woman long enough for Joy to slip in, grab, then disappear with the package around a corner.

Joy held the package tight only releasing to confirm it was the right one. There was no time to celebrate, she needed to find Payne. She thought about screaming his name but decided against it. Everyone was searching for this one package and would pick it up the moment she wasn’t looking.

She took a step toward the entrance when a hand grabbed her shoulder. She turned fast, balling her free hand into a fist.

Joy sighed, “I’m sorry baby. I thought you were someone else.”

“Did you get it?” Payne quizzed.

She held the package up and bragged, “The last Dory costume!”

Payne gave her a high-five, relieved they wouldn’t have to see their baby girl Hope sob about not being her favorite character for Halloween again.

“Thank God. Now we can pick Hope up from my mother’s house.”

As they walked to the register Payne said, “use Siri again to map us out of this town. It’s crazy in this Party City.”