T H E  T A S T E… bubbly orange juice with a kick. This is the drink you have when you want to get a little nice before an appropriate drinking hour. But don’t get it twisted, you can get drunk off this shit, even with that OJ present. You see, they add the orange juice as a way to make it seem like a breakfast drink. But the avid Mimosa drinker knows what’s up. This drink is like class in a glass with a side of sass. Responsibility mixed with excitement. It’s the undercover delight on the drink menu that’s a bit toned down… but not toned down enough to be dry or boring. It’s liquid balance with equal parts alcohol and juice. But let’s not forget, there’s champagne in that glass and we all know that champagne is all about a good time despite being coupled up with citrus. 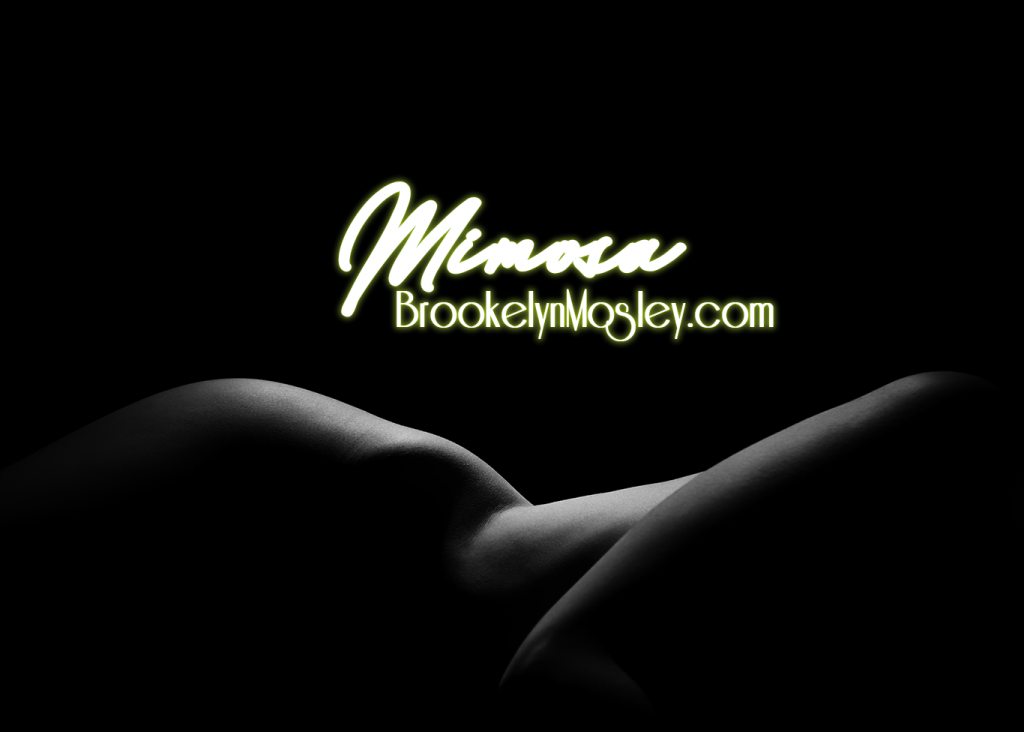 The caress of his hand moving along my outer thigh made my eyes peel open. It was barely morning. The sun not yet risen. Hints of mimosa remained on my tongue hours after I enjoyed two glasses of it at an untraditional hour last night. We chose to stay in and skip the holiday party the night before. Our little date night at home that almost ended in us making another baby.

I smiled and laid still giving him the opportunity to wake me fully. He moved in closer, softly scraping his hand from my thighs to the crease between them. I stirred when the tips of his fingers navigated to my lower lips. He left invisible fingerprints as he slid his fingertips along my slit. Still, I laid motionless pretending to be in slumber, but it was clear from his chuckle he wasn’t fooled.

My eyes caught a glimpse of our ugly Christmas sweaters, the shoulders propped up by hangers, on display in our closet.

In a few hours, three sets of little hands would push open our bedroom door. Three set of feet would patter against our carpeted floors as our kids barged right in without knocking. They would proceed to pull at our bedding, playfully lift our eyelids with their tiny fingers, doing whatever it took to get us up and out of our bed and in front of our Christmas tree to unwrap gifts.

He slid his digits between my crease and I couldn’t help but to moan on command. The love of my life pressed his lips against the back of my neck when he whispered, “good moanin’.”

I clutched my thighs together and bumped him away playfully. “I’m sleeping.”

I laughed. “The kids will be up soon. Let me get the little rest I have left to get.”

“You can sleep later.”

Those warm fingers slid against silk skin. They skated over my tiny erect button, massaging it ever so slowly. I locked my ankles together and squeezed tight and he moaned at the hold.

“We’ll have to open gifts soon.”

“My present is right here,” he said, pressing the pad of his finger firm against my spot.

I pressed the back of my head against his shoulder and loosened the grip on my legs to give him a better angle. Bed aerobics in the morning was his favorite and I could never resist him.

“There you go,” he said against me. “You’re still wet for me from last night.”

“And haven’t you had enough?”

His morning wood pressed against my thigh, encouraging me to arch my back and point my backside up. He got the hint, abandoning his work to lift my cheek so he could slide right in.

He did it slow. Like time didn’t exist. As if the possibility of being interrupted couldn’t happen. When he found his rhythm he moved even slower than that, making sure I experienced every inch of his glide. He plunged deep enough to fill me and caused audible moans to hum from my lips.

“Shh,” he whispered, returning to rotating my clit with the pads of his two fingers as he sexed me from the back. His left arm moved beneath my ribs slow as he wrapped it around my chest to palm my breast. Slick noises muffled by our white down comforter were like music to my ears. The wet sound of our bodies in movement made me tighten around him. Sweat formed on the bridge of my nose as I pressed back against him and leaned a little forward, so he’d tap the right corners.

He drew in air and let it out like he was running a race. Our dew mingled as our comforter trapped all that heat making our sheets wet.

His rhythmic thrusts increased in speed when he pulled me closer, making me press my back against his wet chest. His hand slid up my stomach then between my breasts before he gripped my neck… never so gently.

With the right amount of pressure, he held me in his grasp and fucked harder. In ecstasy I whimpered in pleasure. Turned on by the aggression. His hold loosened so he could slide his hand up and press it against my lips, cupping my mouth.

Inhaling my fragrance on his fingers did it for me.

Inside of me closed in around his shaft, my body stiffened. I was coming for my man. Again. All night he repeatedly brought me here. To this point of bliss. The constant evoking of arousal ending in prolonged seconds of uncontrollable spasms that sent a wave of sonic delight throughout my body.

The lost of thought or recollection of time. I’d lost count of how many times he stroked me to a humming orgasm that night. But I knew I’d be glowing like a 14-carat gold ornament at the Christmas dinner table. And family would be dying to know why. I’d smile politely and shrug in response. My eyes would sweep across the table to meet his. And he’d smirk, knowingly, then wink, making me crave some more of him later that night. Rightfully so.

I wrapped my arm behind me, pressing my hand against his backside to keep up.

He moved faster, and I arched my ass higher.

“Why your pussy so good, baby? Damn.”

I clenched and released as he painted my walls with his seed.

He bucked, and I stirred.

My man took his time sliding his hand off my lips.

He stayed inside of me as we tried to catch our breaths together. Our hearts in sync. That natural high of afterglow setting in. My thoughts light, inside of me pulsing in slow motion around him.

After a moment of just communicating through inhales and exhales, he whispered in my ear, “just what I wanted. Merry Christmas, baby.”

Thanks for reading my Drinks On Me series! I hope you enjoyed reading as much as I did writing it. Need a little something extra for a holiday read? Check out my holiday story, Unsilent Knight. You can read the full Prologue HERE! 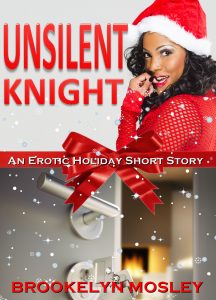