T H E  T A S T E… strong and unapologetically bold. Some find black coffee tasteless and difficult to drink on its own without having it lightened or sweetened. It takes a unique individual to sip on it just as it is. 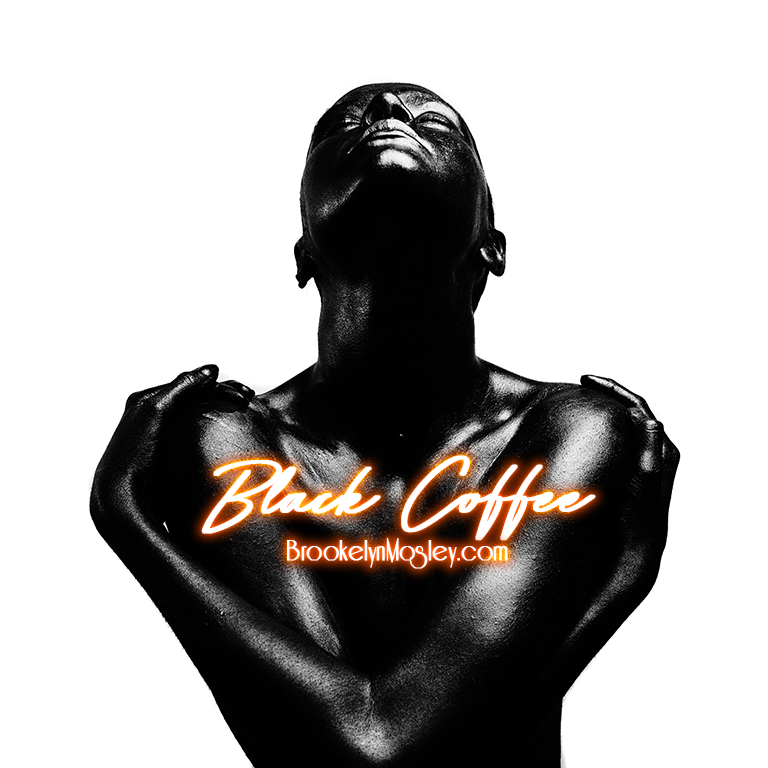 I’d normally offer no response. Just turn on my heels, tilt the glass carafe and pour out the coffee.

But he was different.

The moment I glanced over my shoulder and saw him I knew it would be on between he and I.

He had dimples, deep ones. Eyes a shade of jade and faint freckles that hid around the curves of his nose too. His low cut wavy hair was dark brown and his skin the color of cacao powder. Now this guy was not normally my type but the contrast of his eyes against his skin tone made me hold on to my inhale a second longer when he caught my attention.

I mean… can I be honest with you?

I knew within seconds of meeting a man if there was a chance I’d sleep with him. I may not have done him right then and there, but it was always easy for me to decide if he could get it. It was his job to keep up the allure, the fascination, essentially my attraction to him.

Sadly, very few knew how to.

But this guy was the exception

His name was… it was…

You know what? Forget it. His name isn’t important.

Now, where was I?

When we first met, black coffee and I, he looked me in my eyes and held his stare until I smiled. He was deliberate in his gawk. With every caffeinated sip he took he made sure our eyes connected from across the counter.

His energy was unforgettable. How could I forget? The memory of our first meeting was still fresh because it was created only 24-hours ago.

Anyway, this morning, twelve days before Christmas, I’d been thinking of him from the moment the sun rose behind tall buildings and I woke up in an empty bed in a hotel room. But I kicked the habit of daydreaming about our night together when I arrived at the diner for work. It was the smell of coffee that triggered it. The memory of last night. The thoughts of his fingertips trailing the muscular line that highlighted my calf. Smoothing his fingers to the nook of my knee and hiking my leg high enough to prepare me to receive his first upstroke.

I stroked the handle of the coffee carafe slow and bit back a smile thinking of last night. My back faced the diner customers as my mind took me back to the hotel, against that wall.

Earlier that night, while at work, I ached… no craved some much needed attention. I’d bubbled in my final answer on the last test of my finals that morning and was finally free to think of something other than school. For months, I’d kept my eyes buried in books and off men. With exams out the way my mind became preoccupied with another finale. One I’d served myself. But now, I wanted someone else to serve me. And someone else served it right. Two miles from the diner and against a hotel wall. Pinned by his body and so close we shared the same breaths.

The warmth of his exhale on my neck. His tongue on the top curve of my breasts. Sending my temperature to a summer heat in the middle of December.

I grew impatient, waiting. Hungry for the strong glide of his erection to feed me and my sodden walls. Longing for him to rim my cup, the head of him getting glazed with my hot sugar. I gasped when he angled his hips, bent his knees just enough to slide in slow. The drip of molasses… slow. My head leaned back, and my bottom lip retreated in my mouth. Held still by my teeth as I contracted, released, the pleasure on repeat like a juke box tune. It turned me on the moment slick sounds replaced talking.

The thrill of getting pleased by black coffee was euphoric.

A mental aphrodisiac, my mind starved of judgment.

Against the chilled wall, he planted one hand beside me. His heated sighs tickled my ears as gusts of air echoed his pumps. In and out motions made my muscles quiver, my free knee shake, and my heart increase in rhythm. The rhythmic pace of his strokes caused my back to slide up and down that wall. The friction mirroring his strokes. We watched as our pupils dilated until the sight of seeing the other climax was too much to witness in real time. I wanted to express gratitude for him serving me like that but decided giving in to the release rippling through me to be thanks enough. Showing my body the kind of attention its been missing since September.

Sleep wasn’t even an option that night and I didn’t miss it. It was worth it being kept up and filled with black coffee.

“EXCUSE ME, HELLO!” a customer yelled, slamming the side of her fist on top of the counter. “I’ve been trying to get your attention for the last few minutes now. Damn.”

I turned to face her and noticed the familiar look. Wrinkled school tee, frizzy ponytail, red rimmed eyes, and books propped up against the space behind her elbow.

She rolled her eyes and slid her mug across the counter and over to me. “Not to be rude, but I really couldn’t care less for the small talk.”

She pointed and said, “I only want a refill of that black coffee.”

I reached for the glass carafe, tilted it, and watched the liquid pour into her coffee-stained mug.

Want 2 more FREE short stories??
CLICK HERE to learn how to join my club and get 2 short stories delivered to your email now!