I released a subscriber only story this morning to BK Insiders and since it’s #teasertuesday I figured I’d share the first few pages. Check it out and if you want to keep reading, join the club ? 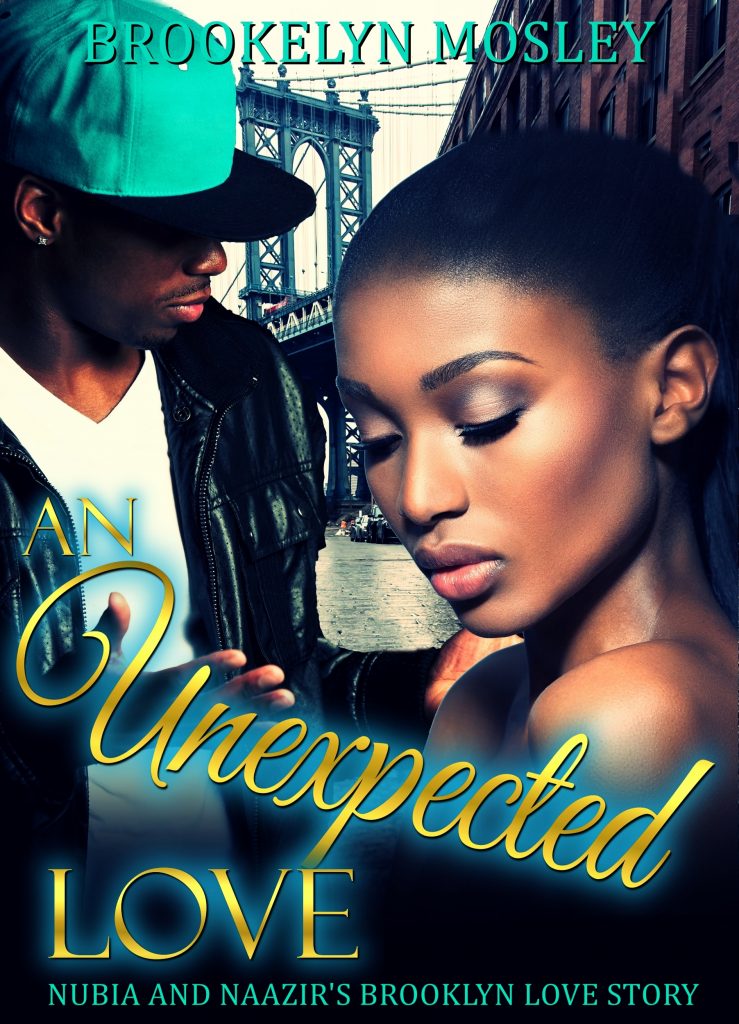 “Ay yo shorty,” he called from behind her. Nubia walked out of the green market, her hands clutching the handles of four plastic grocery bags filled with an assortment of vegetables.

It was a Friday afternoon, an hour away from being evening. The sun was high, but it wasn’t as hot as earlier that morning. For July, it was pleasant but still scorching like typical New York summers.

Nubia turned to look in the direction she heard the voice, prepared to roll her eyes. Instead, she did a double take. The brother, in the dark blue BMW, was actually good looking.

He smirked when he noticed he had her attention and this made her click her tongue and shake her head. She walked in the opposite direction of where he was calling her.

“Shorty, let me holla at you for a minute,” he said from behind her as she continued to move away from him.

The back of her Ghanaian-beaded slippers clapped against the heel of her foot as she walked along the city sidewalk. She was headed to her apartment building a few blocks away.

She’d turned the corner when she pushed the bags up her arm, hooking them behind her elbow. Nubia brought the back of her hand to her forehead to wipe the sweat beads forming there.

It was hot. Even hotter, towing around those bags.

Although she didn’t have on much, a pair of high waist denim shorts and a plain blue tank tucked in the waist, the weather outside made her feel like she was wearing a zipped up wool coat in hell. It might have been the African wrap she had on her head that was killing her softly in that sweltering heat.

“I cannot wait to take this shit off my head,” she said, dipping her head forward to adjust the top knot of her headscarf.

She’d reached the crosswalk, about one block away from her apartment building, when she stopped to wait for the signal to say for her to walk. Though waiting was torturous, the rush of wind from passing cars helped cool her skin a little.

“Yo, shorty,” she heard again to her right, across from where she stood.

Nubia whipped her head in that direction to see the same sienna-skinned man with the beautiful dark brown eyes sitting in his blue BMW trying to get her attention.

His arm was hanging out the car’s lowered window, his diamond watch catching the sunlight above. His other hand was on the steering wheel when he gestured for her to come to him.

She was about to shake her head and roll her eyes like she often did with his type. But when he honked his horn at her, she decided against being passive.

“And what the hell do you expect for me to do? Walk over to your car like a prostitute?” she bellowed, glaring at him.

He sat there perplexed at first, staring back. But that only lasted a moment. Because a few seconds later, he put the car in park, unhooked his seatbelt, and stepped out.

Traffic had already paused for Nubia to cross the street and continue on her way. But there was something about this guy that had her curious. With him out of his car, she could now see he was of a decent tall height with an attractive physique not even his white tee or baggy jeans could hide. He had a sexy walk, one with swag and that suggested the streets helped raise him. He adjusted his fitted and lifted his sagging jeans, his gold chain swinging around his neck with each step he took. His university red and black air Jordan retros patted the hot black asphalt as he jogged across the street, with confidence, headed in her direction.

When he got close, she inhaled him. He wore cologne. Something expensive. Her weakness.

She said nothing when he got in front of her.

He had a beautiful smile. Real nice teeth. His skin was beautiful too, with tiny brown freckles around his nose. That little part about his features made him suddenly more appealing to Nubia.

“So, you’re calling me from your car expecting me to come to you. And then what?” She asked.

He smiled at her.

“You give me your number,” he answered.

He licked his lips and nodded. She looked away.

“I apologize. I’m dealing with a Queen, right?” He grinned. “My bad, your highness… I meant no disrespect.”

She turned her view back on him and couldn’t help the half-smile pulling at her lips.

Nice name, she thought to herself.

“You can’t deny that our names sound dope together, right?” he asked, rubbing his palms.

“Hmph,” she mumbled, thinking the same thing but not wanting to show it.

Naazir was the type of man she told herself she would never date. Not after getting “woke.” And yet there was something about him that kept her from walking away.

Nubia moved the black plastic bags she held from one arm to the other.

“You need any help with these?” he asked, already reaching for the bags.

“I’m fine,” she replied. Her arm was starting to ache from the handles cutting into her skin. “I’m about to walk away, anyway.”

She lifted her right foot to step forward when his gentle touch around her forearm made her stop.

“Hold up,” he said. “I’d like to get your number so I can take you out to eat. Somewhere real nice.”

She looked at him. “I doubt you’ll be able to take me somewhere I’d like.”

Naazir rubbed his palms together again as the glint of light from the sun overhead highlighted the sexy glow of his light brown skin. “Try me. What do you like to eat?”

She grinned. Nubia placed her free hand on her waist and poked her right hip out. Nubia was prepared to throw him for the inevitable loop.

“I don’t eat meat or dairy,” she clarified.

He arched a brow and twisted his mouth to one side, and this made her giggle.

“Exactly,” she countered, shaking her head and turning to walk away.

“I can find a spot though. For you, I can find somewhere by tomorrow night.”

He was serious too. She could tell by how he looked her right in her eyes and waited for her to agree.

“Fine,” she said, nodding. “Only because I’m curious.”

He smiled big. Naazir had nice lips himself. Reddish-brown, full, that curled up when he smiled. The two deep dimples on both of his cheeks didn’t hurt either.

“Aight, bet,” he said, pulling his phone out of his back pocket. “Put your number here and I’ll call you tonight.”

“Uh-uh,” she said wagging her finger. She pushed her hand behind her and into the back pocket of her high-waist shorts, pulling out her phone. “Tell me your number and I’ll call you.”

Him referring to her as a Queen was doing something to her but she wouldn’t show it.

“Are you going to give me your phone number or am I about to walk away?”

“Damn,” he said scratching his head and looking away, thinking. Finally, he extended his hand, palm up. “Aight, let me put my number in myself.”

Nubia unlocked her phone and handed it to him. After a few seconds, she heard his phone ringing. She glanced at his phone’s screen lighting up in his hand and recognized the number.

“Hey,” she said, snatching her phone out of his hand and ending the phone call. “You did not just call yourself from my damn phone!”

He laughed at her feisty attitude.

“I’ll call you tonight,” he said smiling at her while backing away. He took one last look at Nubia, licking his lips as his eyes moved from hers down to her form. “Or you can call me first. It’s whatever.”

She pressed the tip of her tongue against the inside of her cheek trying to fight back her smile as she watched Naazir jog across the street and back to his car….

Join my BK Insiders Club and get the complete story along with another story just for signing up.