In just ONE MONTH, part two to my drama series, Love, Hate, & Revenge will be available for download! This series is truly one of a kind, and as always I’ve made sure not to hold back. Be prepared for a sexy and jaw dropping read, promise!

Check out the synopsis below and save the date, June 21st. It’s gonna be a very hot summer! 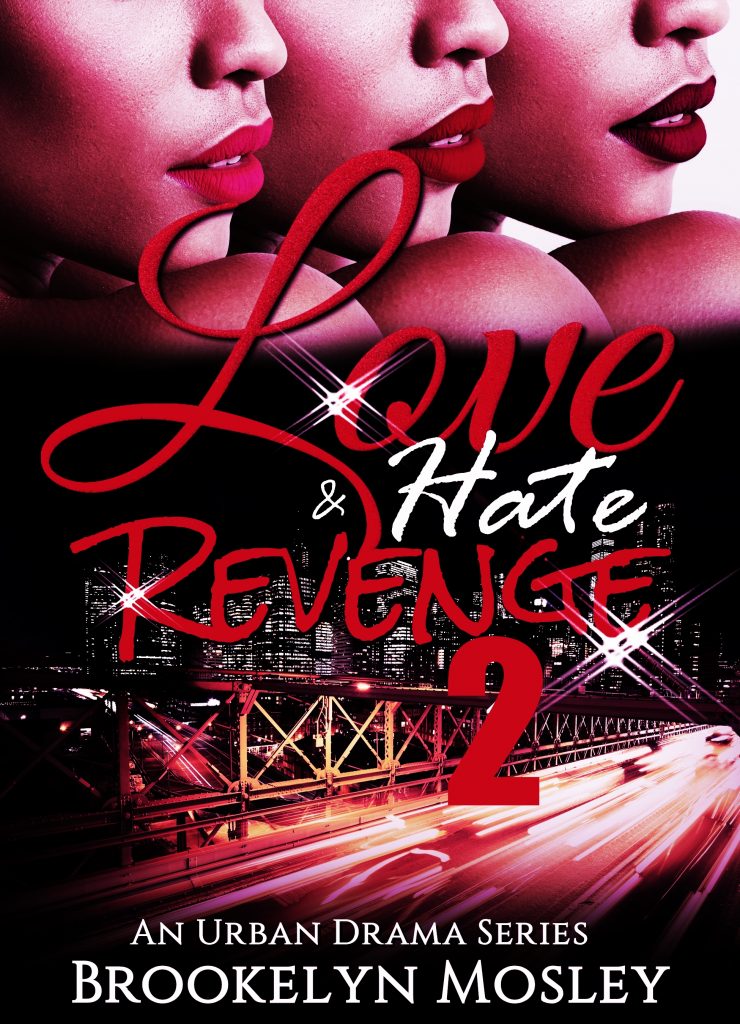 O’Shea sisters, Maliya, Mikayla, and Malika, thought they knew where their lives were headed at the conclusion of Love, Hate & Revenge, PT. 1. But neither one of them will be prepared for what the future has in store for them. Lies, deception, and someone living a double life will send their house of cards tumbling. And one of their relationships will end in a shocking way… which one will it be?

Newly engaged Maliya O’Shea is planning to walk down the aisle, marrying the one man she believes God put on this earth just for her. The one thing she didn’t plan for is getting distracted by another man. But not just any man. A handsome gentleman who will be instrumental in her upcoming nuptials. It doesn’t help that she suspects her fiancé, Omari, is living foul. Are her suspicions just her troubled past with her exes rearing its ugly head or will Maliya learn firsthand what they mean when they say when you make plans, God laughs?

A fiery Mikayla has given her live-in boyfriend Phillip so many chances she’s run out of fingers and toes to count them. But after his last infidelity, she’s had enough. She made a threatening promise to him about the next time he plays her. And though he’s been good, even better to her body, his past indiscretions have been bad to her heart. He’ll eventually tell a little lie that will force an insecure Mikayla to take a different, more cerebral approach when punishing him. And being more mental and less physical will only add creativity to her fury. To what end is she willing to go to deliver on her promise? And will their tattered relationship be able to survive it?

The scorned one, Malika, made a plan and executed it flawlessly. But unbeknownst to her target Nalani… Malika getting knocked up by Nalani’s new husband (a.k.a Malika’s ex-boyfriend), Rico, was only the beginning of Malika’s well thought out plan. Though Malika’s got it all planned out, she underestimates how dirty Nalani is willing to fight. And while Nalani may think she knows the motivation behind Malika’s actions, she’s got it all wrong. Will Malika get the revenge she’s been plotting? Or is she in way over her head with this one?

Have you read part 1 yet? CLICK HERE TO GET IT NOW!