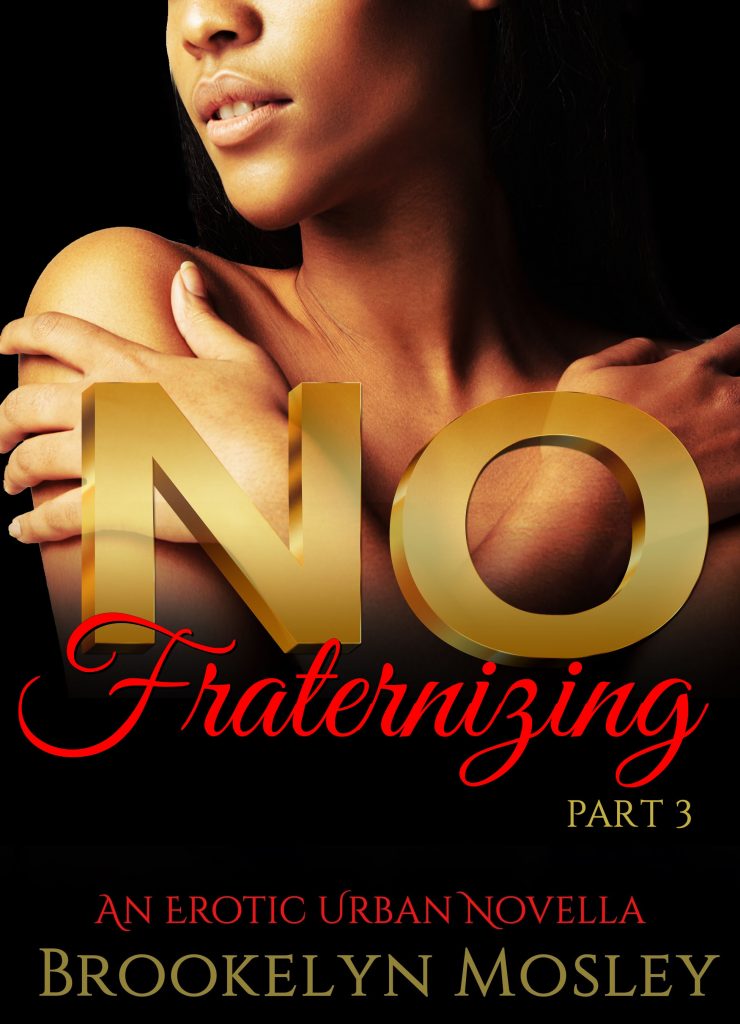 The second I heard Mello’s voice on the other end of my phone, my heart jumped. The feeling was like sitting in the first car of a roller coaster that curves the track then drops. I can think of only a handful of times I’ve felt this way. Mello calling me while I laid next to Manny was near the top of the list.

I sat up quick.

I gritted my teeth as I tried not to shake the bed. The last thing I needed was Manny waking up while I was on this phone call with Mello.

“You at Monica’s?” Mello asked next.

With one leg hanging off the side of Manny’s high mattress, I felt for the floor beneath me with the tip of my toes.

Impatient, I finally jumped off.

I tiptoed to Manny’s bathroom. I’d made sure to avoid any squeaking parts of the floor, glancing over my shoulder to confirm Manny’s still asleep.

“You there? Why you not saying anything?”

By the sound of Mello’s voice, it’s clear he’s getting frustrated. It’s even clearer he isn’t at the precinct anymore. I can hear car tires rolling over asphalt and horns honking as drivers sped past.

“I’m here,” I said when I was finally inside Manny’s bathroom. I turned the knob and shut the door as slow as possible, walking over to the edge of Manny’s bathtub to take a seat. I’m balancing my legs on the arches of my feet when I realize my legs are shaking.

“This is a burner,” Mello said.

Well, this explains why he called me from a number other than his own.

I’m cursing myself out in my head for answering my phone knowing damn well I didn’t recognize the number. I should have known better.

When I had said nothing in response, Mello continued.

“What’s up?” I asked, cutting him off. I blew out a series of short breaths, trying to get a grip. Hoping that doing so would help steady my breathing and my legs.

For the life of me, I couldn’t understand why he already had me shook.

“Monica is in Park Slope, right?” Mello confirmed. “I’m coming through to get you.”

“Where you at then?”

I shut my eyes tight and swallowed hard. Just like how someone would brace themselves to rip off an old Band-Aid, I took a deep breath and forced the air to stir in the back of my throat. “I’m at Manny’s.”

It’s like the city sounds in the background of Mello’s call got louder as I waited for him to say something, anything.

I heard his breathing quicken on the other end of the phone. Mello must have taken about ten deep breaths.

After almost one minute of silence, all he did was scoff real loud

“Monica’s in the Poconos with Davon. I had no one else to call at three in the morning.”

As the words left my lips, it hit me.

Why the hell are you explaining yourself, Lila? This dude had you at the precinct with no one to call. This ain’t your fault.

“That nigga in Brooklyn Heights, right?” Mello asked. His voice dropped and deepened, his question sounding more like a threat.

“Um…” I hesitated. “You still got that copy of my keys I gave you a few weeks back?”

I’d given Mello a copy of the keys to my apartment and building lobby when I noticed he was coming around a lot. This was not long after our trip to Vegas. He never used it, though. Always wanting me to buzz him up to my apartment instead. Thinking back, giving him my keys so early in our relationship wasn’t the wisest thing to do. But in this moment, I thanked God I did.

“Mmm-hmm,” he answered, mumbling under his breath.

I didn’t need to be there in front of him to know he’s red hot. We’d been together long enough for me to know Mello wasn’t the understanding type. He’d already seemed beyond pissed about Manny telling him he loved me that night Mello picked me up from Kuts Kings.

There was no doubt in my mind the brother would flip when he found out what happened between Manny and I hours ago. And I doubt Mello will be as nice as he was the last time.

“I’m just gonna hop in a cab and head to my apartment,” I told him in a low voice almost whispering. “You can just meet me there, aight?”

“Why the fuck you whispering, Lila?!” He barked. “Is that nigga right there next to you?”

I released a shaky sigh.

Scraping my hand through my hair, I glanced at the bathroom’s door.

“Mello, what?!” He yelled so loud I had to move the phone away from my ear. Mello had so much anger in his voice I could feel it in my chest.

He grunted loud before adding, “I’m gonna make sure I correct that nigga the proper way ’cause I see he got me fucked up.”

I took a deep breath, blowing the air out of my mouth and standing to my feet once my lungs felt like they were on empty. The way he was sounding, I feared Mello would hop in his car and come out to Brooklyn Heights to confront Manny, for real. I couldn’t let that happen.

The harsh wind from his exhales blowing into the phone every few seconds hinted he was pacing back and forth now, wherever he was. After being silent for what felt like forever, he told me, “hurry up,” before ending the call.

Haven’t read part 1 or part 2 yet? Catch up on a novella series readers call a page-turning delicious read ?